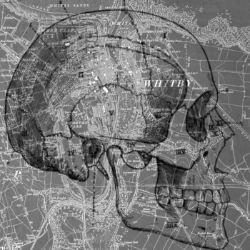 The following extracts are taken from the journals of Dr Joseph Galilee, a retired military surgeon who lived in Whitby in the late 19th century. The diaries begin by chronicling numerous strange and inexplicable events and superstitions, usually related to him by the people of Whitby. As his fascination grows with these odd occurrences, he becomes more involved with the investigations. This would later lead to him often being the first person called upon to an incident.

His medical experience would allow for a pragmatic view when dealing with these events, but what becomes evident when reading the later volumes of his journals is that his pragmaticism begins to falter. The latter half of the final volume shows a man who seems to have forsaken his scientific studies and medical knowledge altogether, and instead is wholly content to attribute to these events a more supernatural aspect.

The LORD is my light and my salvation.
Winter 1895 - Throughout the early months of this the most harsh of winters I vividly remember the land suffering such a freeze, the likes of which no one living could remember. Snow standing as high as a man had to be cleared daily from the lanes surrounding the town. But it quickly became apparent as to the futility of this exercise, as no sooner were the lanes freed, then the night would come and with it more snow fall. And so, it was under such enduring hardships that life in the town gradually ground to a halt.

At this point the lighthouse man made the decision to take his wife and children to town, where they would find warmth and comfort with relatives there. He himself knew it was his duty to man the light at all cost. So making provisions enough to last the next few weeks, he set about securing himself within the keeper's cottage. And this was how it was, the lighthouse man busied himself with routine, making sure that the shipping found the safety of his lamp, giving them secure passage through the ferment of the German Ocean.

Believe in the light while you have the light, so that you may become children of light.

Less than a fortnight later the townsfolk noticed that the lamp from the lighthouse was no longer sweeping the darkened sea before it. But was instead frozen at some queer angle. Poised skyward, the light was seemingly intent on illuminating the heavens above.

While I am in the world, I am the light of the world.

I was asked to accompany the party that set forth for the lighthouse. The aim was to discover what circumstance had led to such a dangerous predicament, that, if left unsettled, could put in jeopardy the lives of those reliant on the light’s signal for safety.

Whoever walks in the dark does not know where they are going.

The journey, although short, was arduous. The men working from first light until dusk, managed to cut a path through the snow to the door of the lighthouse. With my lantern held before me, I was the first to set foot inside. What I beheld upon entering that place still haunts me to this very day. It seemed that every inch of the wall was daubed with, what I ascertained was the darkened hue of dried blood. On closer inspection numerous phrases within this gruesome vista became apparent to me. I recognised them as verses from the Holy Scripture, all seeming to pertain to the Lord’s Light in some form or other.

As for the lighthouse man himself there was no sign. I urged the rest of the party to search high and low for him, fore I judged by the quantity of blood that coated the walls of the lighthouse, that he must certainly have been very frail and of an extremely weak constitution, which gave me a grave concern for his wellbeing. But sadly, the search was to no avail, and so we had to draw the only conclusion available to us, that the poor man had lost his mind and met his demise, either by falling from the cliffs or freezing to death.

Your word is a lamp for my feet, a light on my path.

It was only later when the land began to thaw that we found the poor soul’s body. The truly tragic aspect of this discovery was that the lighthouse man, even though one must assume much deranged, had seemed to have the where with all to follow the subtle contours of the snow bound path leading from the lighthouse to the town. We on the other hand had forged our own more direct path to our destination, which had led us at one point to pass within mere yards of him. Alive or not at this point I do not know, but, with hindsight, it would seem that this had been our only true opportunity of rescue throughout this whole sad affair.

Wake up, sleeper, rise from the dead, and Christ will shine on you.

In my wanderings I will sometimes find myself, usually by accident, in the lane where this terrible incident occurred and must admit that there is now an all pervasive sorrow, that seems to permeates the very land itself. An abject sadness, that even on the most beautiful of days fills the air with a stifling stillness.

He knows what is in the darkness, and the light dwells with him.

The very last diary entry penned by the doctor is a detailed plan of the town and it's surrounding environs. The image is accompanied by page after page of strange and undecipherable glyphs and ikons. Esoteric symbols mark numerous locations on the map, that when compared with more conventional maps, appear to be non-existent. An intricate web of pathways connect these sites to hundreds of specific points, that appear to align with many of the tragic incidents detailed within the doctor journals. Sadly, without any means of translation, I can only speculate as to the meaning of the map and what purpose it served.

As for the doctor's actual fate, it was noted at the time, by the people of the town that he was conspicuous by his absence. Upon further investigation it was found that his house 'stood empty and in great disarray', and apparently had been in that state for some time. The local authority carried out an extensive search in and around the town, but the doctor could not be found. It was then that the stories began. People would talk of seeing an odd and dishevelled figure that walked the backlanes. Only ever glimpsed, these sightings were often accompanied by a sense of great unease and foreboding. The townsfolk would go on to claim that these sightings were a portent, meaning that some terrible tragedy was about befall the town. Although these occurrences would never be recorded within his journals, it seems a sad but fitting end to the doctor's story, that he himself may have inadvertently become the epilogue.